What Is a Mechanical Pencil?

Mechanical pencils are a kind of invention that involves the mechanism behind ballpoints and uses the principle behind standard pencils. The mechanism works with a rigid pigment core that is not primarily part of the pencil body.

The core is made of graphite or a solid pigment like regular pencil cores, but it is not attached to the external casing of the pencil and is replaceable.

In most cases, mechanical pencils are used by people for technical drawings as well as writing purposes, but these days users are also utilizing these pencils in fine art.

Mechanical pencils are convenient to use because they don’t require to be sharpened consistently like regular pencils and this is why students will always have a mechanical pencil on them.

The Inventor of Mechanical Pencil

Before that, Mordan kept changing business partners until 1837, after which he established his mechanical pencil manufacturing enterprise “S. Mordan & Co.” with his future partner. The company continued to produce mechanical pencils until the onset of the Second World War when his company was annihilated in a bombing.

In other parts of the world, such as Japan, Tokuji Hayakawa, who was a newly employed metal worker, came up with his version to improve the already existing mechanism and he called it the “Ever-Ready Sharp Pencil”.

Shortly after that, he started receiving large orders from big cities such as Tokyo and Osaka for his mechanical pencil which later was established as a business under the name “Sharp”. During the same time, Charles R. Keeran was working on a similar pencil model but it was ratchet-based compared to Hayakawa’s screw-based mechanisms.

Toward the middle of the twentieth century, very thin leads of 0.9 mm were invented. Then there were leads ranging from 0.3, 0.5, 0.7, 1.3, and 1.4mm. These days, manufacturers make leads even of 0.4 mm and 0.2 mm. Although Keeran’s mechanical pencil amassed a considerable amount of popularity because it went to market first, it was Hayakawa who made the pencil before he did.

You May Also Like: Good Mechanical Pencils For Drawing

The first kind, which is the ratchet-based pencil, employs two or three small jaws inside a ring at the tip. This is responsible for holding the lead in place. When a user presses the button on the end of the pencil, the jaws create a movement that pushes and prompts the lead to move forward.

After that, the jaws are closed but the lead stays at the place where it is supposed to with the help of a small rubber device holding it.

Moreover, some ratchet-based mechanical pencils consist of a weight that is responsible for pushing the lead forward by employing a back and forth motion.

However, the only difference is that clutch-based pencils don’t have a mechanism that allows them to hold the lead in place.

This mechanism allows leads to be moved freely anywhere in the barrel of the pencil. These pencils incorporate thicker leads ranging somewhere from 2 to 5.6 mm. In addition to this, with this mechanism, the pencil can only hold a single lead, unlike the previous two pencils.

Leads for mechanical pencils aren’t restricted to only one color and are manufactured in a variety of colors. These different pigments can also be tailored to be erasable or non-erasable.

With mechanical pencils, you don’t have to keep sharpening if the width of the lead is thin enough. This type of mechanism saves time and energy for people and doesn’t disrupt the flow when writing or drawing.

This is a fuss-free medium for writing and drawing and can be found in every stationery store. Another reason why mechanical pencils are such a big deal is the consistent line width.

In the case of a regular wood case, the line width varies depending on how much it has been used since it was last sharpened, but with a mechanical pencil, users won’t have to worry about having an unsharpened lead tip.

Mechanical pencils have the ideal line-width consistency. In addition to that, these pencils possess exceptional and unwavering balance which can be a big deal for many artists. Mechanical pencils offer hardness and density that offer precision and accuracy.

A wood case pencil keeps getting shorter over time due to regular sharpening, and this can have a great impact on its weight and balance. However, a mechanical pencil is best-suited for such an occasion because the pencil doesn’t grow shorter and the lead weighs very little.

Another reason mechanical pencils are a good investment is that they are a one-time investment and come with a set of refillable break leads for the pencil. Users have to only buy new leads but their pencil will last them for years if used properly.

Mechanical pencils are a great recommendation for people who are learning to be more environmentally conscious and want to incorporate eco-friendly choices and products in their lives.

These propelling pencils are eco-friendly and sustainable as compared to their wooden contemporaries, but this also depends on the material and packaging of the pencils.

This type of mechanism is found in most mechanical pencils and is designed to mimic the click of a ballpoint pen. You click on the top part of the pencil which prompts the lead to come forward, where the top part goes back to its original place but the lead stays where it is supposed to.

To bring the lead, you need to twist and hold the top part of the barrel as you push the lead back inside.

These pencils mostly come with an adapter which is similar to the refill container of ballpoint pens. Instead of ink, these propelling pencils include a pencil mechanism and a tube for carrying the lead. The adapter comes with a cap at the top which can be used to add or remove leads from the tube.

This mechanism is considered not that popular these days, however, there are a few companies like Faber-Castell which utilize it in the form of what is known as an emotion. The internal framework imitates that of a screw-mechanism, where the lead requires to be winded down as it’s used.

When a lead has reached its end, you can remove the remaining portion and insert a new lead into the pencil mechanism by winding it back to the top. There are a few mechanisms that only allow holding one lead at a time, whereas the remaining often have a space for keeping extra leads. The e-motion mentioned previously can store six spare leads behind the nose-cone.

With this type of mechanism, you don’t have to stop in the middle of your work and click out more leads. This mechanism operates with the help of a weight that is hidden inside the structure of the pencil. You just need to firmly shake the pencil up and down, and the weight does the job of hitting the lead for you.

This type of mechanism usually has a button at the top of the pencil too, but you can always do a quick flick of the wrist if you’re in a hurry or don’t want to disrupt the momentum you’re in while working.

There are a few pencils that don’t require you to stop and pause at all to propel more lead for you. Auto-feed pencils use a mechanism that makes you write with almost no lead visible at all.

That is because the lead is encapsulated with a plastic cone casing. With normal mechanical pencils, you have to ensure that you’ve propelled the right amount of lead for yourself by wearing it down enough to allow it to reach the tube. But that is not the case with an auto-feed pencil.

With an auto-feed pencil, the lead can wear down enough to allow the cone to touch the surface of the paper, which prompts the cone to push back a little. There is a spring located inside the tube which pushes it back, thus allowing some lead to back down with it. In the end, the lead will keep wearing down until it has reached the cone.

One of the greatest inventions in the department of mechanical pencil technology is the Kuru Toga. The Kuru Toga has completely revolutionized the way mechanical pencils work. These pencils include a mechanism that allows you to write or draw with it, while it makes an up and down movement which helps to rotate the lead in the pencil.

What’s unique about the Uni Kuru Toga is that it incorporates the principle where the lead wearing down at an angle which the paper is held at forms a chisel-shaped tip resulting in a sharp point.

This creates a thicker line, and the sharp imprint is easily visible on the paper. The Uni Kuru Toga wears the lead down more evenly as the user turns the pencil as they move around on paper. The outcome is a beautiful, finer line, with reduced lead breakage.

The Kuru Toga was invented in Japan and works best with Japanese writing scripts where the pencil is lifted several times from the paper for each character. However, this type of pencil can still work with the English alphabet and can be a good choice for writing in cursive format.

In conclusion, mechanical pencils offer a great variety of benefits for long periods. If you are someone who values precision and reliability then choosing a mechanical pencil might just be the best option for you.

Woodcase pencils have their perks too, and there is no doubt about that, but mechanical pencils also come with promising features which shouldn’t be neglected so easily.

Mechanical pencils offer a wide range of benefits when it comes to drawing and writing which makes them one of the favorite tools of artists and writers, as well as designers, architects, builders, and even students. 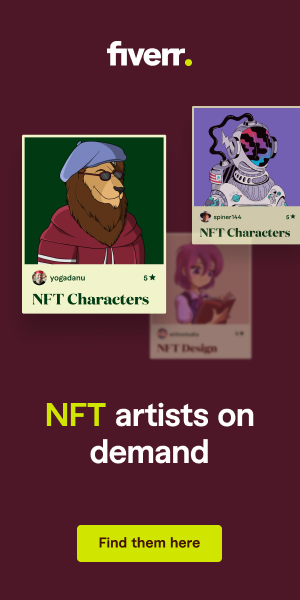